When I told my Indian friends that I was going to be in Bangalore, they immediately instructed me to get dosas. Dosas are a south Indian classic and are centuries old – indeed, a recipe for dosas appeared in a 12th-century Sanskrit encyclopedia. So of course, I was super excited to try some modern versions of this flagship dish.

And after visiting 5 cities in south India, stuffing myself with around 15 dosas, and probably gaining freshman 15 all over again in the process, here are a list of the dosas I’ve eaten in south India (so far… I’m still on the hunt!).

This was my first bite of dosa, and it was life changing. We (Angela, Judy, Veena and I) were ravenous and dehydrated after trekking across Mysore, and Hotel Mylari was our dosa oasis. Crispy on the outside, oh-so-fluffy on the inside, and accompanied with a side of freshly made coconut chutney (so freshly made that you could see the workers in the back room shelling it themselves). For only 40 INR a pop (roughly 60 cents), we easily scoffed down 3 each. 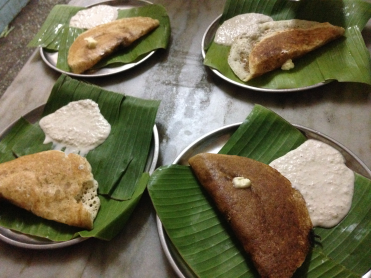 Commonly touted as one of the best masala dosas in the world. The dosa (and the restaurant) may look exactly the same as Hotel Mylari (the two restaurants are right down the street from each other, and, fun fact! are also run by two brothers who split up), but it was a lot crispier/oilier and less fluffy (think: more French crepe-like, rather than American buttermilk pancake-like). It was also a lot more strongly flavored with masala. 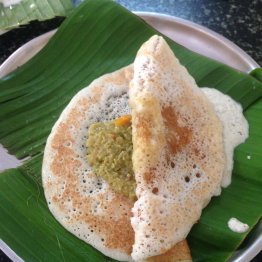 Contrary to most places which feed masses of people, I’m actually a huge fan of the Shahi staff canteen. Its food is nutritious, a lot lighter than what you’d get at restaurants, and has more of a home cooked vibe. Masala dosas are served once a month and this one had the classic Bangalore crisp, but also a touch of the Mysore fluff. While it wasn’t very spicy, the filling still had a great flavor!

This place was right next to the Foreigner’s Regional Registration Office (FRRO), a government office where we had to register our visas. I’ll save this story for another time, but let’s just say that I don’t think I’ll work as hard in my life for another document as I did for that FRRO certificate – and that includes my Penn diploma. This was a rava onion dosa – crispy around the edges, but also fluffier towards the center, with a filling of aloo (potato) and onion. A2B is also known for its sweets – I’d recommend the milk halwas.

Whilst I got the classic masala dosa here, my co-worker Shruti got the awesome looking cone-shaped paper masala dosa! It was crispy and reminded me a lot of the Mamak roti cones that are so famous in my hometown, Sydney.

Watching this delicious jini dosa being made right before our eyes was a massive treat. Stuffed with mixed vegetables, spicy sauces and grated cheese, this Mumbai street stall take on the classic dosa was crispy and packed with flavor. Also recommend: the vada pav (mashed potato with spices, deep fried and sandwiched between a bun… aka carbs on carbs… aka heaven). 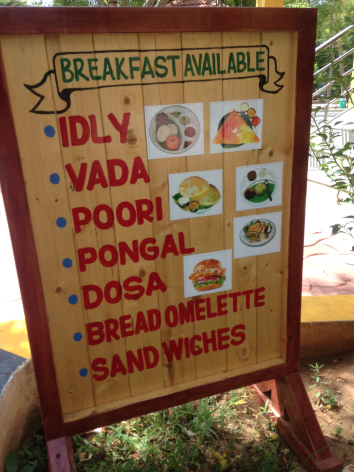 Rating: 0/10 for being too American

Class of 2020, majoring in Business Economics and Public Policy and Statistics. Intern at Shahi Exports, Bangalore, in summer 2018.

A little bit about respect

Emotions from the End