As an Australian born Chinese with parents who exposed me to the negotiation strategies of Beijing’s Silk Street Market in early adolescence, I am no stranger to bargaining. And I had been informed extensively by almost everyone that as an obvious foreigner in India, I would constantly be ripped off. And they were right – auto rickshaws regularly tried to charge me triple the local price, and I paid almost double for a kurta at Dilli Haat, compared to an identical one purchased by our boss Chitra at the same place.

But even though I (and my fellow co-interns) have no trouble bargaining, and I am budgeting and tracking my expenses very closely for this trip, every time I close a bargaining transaction, agree on the price, and the person on the other end expresses extreme reluctance, I do feel some guilt.

When you are in a country where so many people live in poverty, what are the ethics of bargaining?

Since I’m a debater at heart, I’m going to divide this into two threads: the principle and the practical.

At the end of the day, I will still probably continue to bargain. But I will consider the arguments against it, and calibrate my expectations to expect a reasonable price, even if it is not exactly what a local would pay. And I’ll keep mulling over this question, so perhaps by the end of my time here I’ll have a better answer.

And like everything, it’s all about balance. I’ll still probably haggle when it comes to autos and shawls, but when it comes down to it, I won’t spend 20 minutes arguing over 10 rupees, and accept that maybe, just maybe, we’ll be led totally astray to some random tourist trap by our auto driver (who totally didn’t get a commission from the sale) and buy some insanely overpriced essential oils and incense… (but that’s a story for another time). 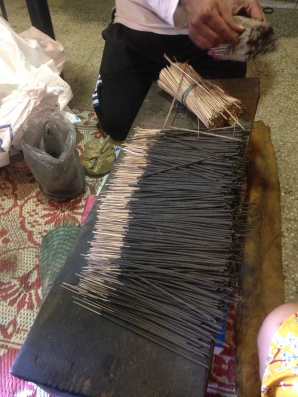 One thought on “The Ethics of Bargaining”

Class of 2020, majoring in Business Economics and Public Policy and Statistics. Intern at Shahi Exports, Bangalore, in summer 2018.