I arrived in India a couple of weeks ago as a recipient of the CASI  Travel Funds for Research Award.  As as third year PhD student in the department of City and Regional Planning, University of Pennsylvania, I intend to carry out preliminary field work during my stay here. This will be critical in shaping my research proposal and returning for a longer duration in 2018.

For my dissertation, I wish explore the growth of Vasai-Virar  city in the Mumbai Metropolitan Region (MMR) through the lens of infrastructure, access, and politics of water. Even though my original idea for doctoral research focused on the question of ‘Smart cities’ and the role of technology in mediating between the state and citizens, it was a visit to my home-town of Vasai-Virar last summer (2016) that inspired me focus on the nuances of spatial change in the urban periphery. Growing up in a village in Vasai-Virar, the notion of the ‘city’ was always associated with taking a local train into Mumbai, rather than the urbanized areas around the railway lines in the region (See Image below). 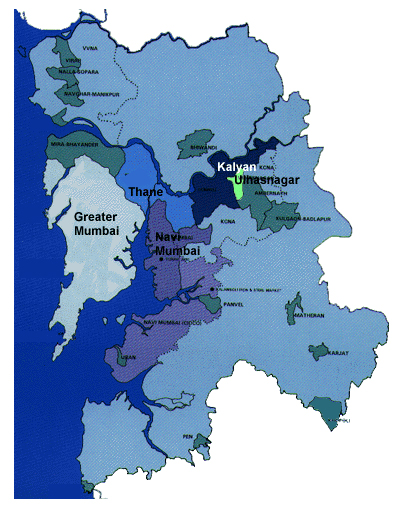 However, the process of Vasai-Virar’s urbanisation had picked up pace in the late 1970s, and hastened in the post-1990s liberalisation era. This is true for a lot of urban regions in the country. This change has also seen increasing conflict and contestations over natural resources in the periphery of Indian cities. The process of conversion of agricultural lands into urban or industrial lands, and an increased demand for other resources (power, water etc.), is often contentious and occupies a grey area between the binaries of formal/informal and legal/illegal.

My goal is to delve deeper into the phenomenon of calculated deregulation of the Vasai-Virar region and its associated socio-political change. My dissertation uses water as an analytical object through which I explore frictions at multiple scales; competition for water resources at a regional level between towns and cities in the MMR, contestations for water resources between local communities and ‘market’ forces in an urbanizing space, and variegated landscapes of water access in the city. Over the coming weeks, I shall be  reviewing relevant literature, collecting secondary data on demographic changes, and conducting semi-structured interviews with social activists, academics, planners, and political actors.

Upon my arrival, I partnered with my alma mater; Department of Economics, University of Mumbai to provide me with workspace during my stay in Mumbai. Since then, I have had the oppurtunity to interview a few academics, attend a grievance meeting and protest over the proposed plan concerning the Vasai-Virar region, set up meetings with the activists involved, and identify potential informants for detailed interviews.

I shall be writing about these activities over the next three weeks. On a side note, my stay has been punctuated by bouts of heavy rains, halted public transportation, and an unfortunate case of viral fever which knocked me out for a week. This gave me the oppurtunity to stay indoors and do the relevant secondary literature review which would be useful in my fieldwork. Also, earlier this year, I started an Instagram account dedicated to (and to learn)  urban photography. Since my arrival I have tried to post at least one picture documenting urban spaces, symbols, and artifacts on a daily basis.  It has pictures taken during my fieldwork activities as well. Anyone interested can check it out here.

I am a doctoral student in the department of City and Regional Planning in the Design School at the University of Pennsylvania. I grew up in a town on the periphery of Mumbai, India, and completed my education (Bachelors and Masters) in the city. It was during my post-graduate studies in Economics at the University of Mumbai that I got interested and involved in questions of urbanization and governance. My current research focuses on urban transformation of peripheral regions around major cities. I am interested in using infrastructural artifacts and resource allocation as the analytical tool to understand these changes, along with its associated conflicts and coalition building. Over the summer, I will be doing preliminary fieldwork for my dissertation on the urbanization in Mumbai's periphery.

On Language Barriers and Making Connections