As I explained in my last blog, my two projects at Shahi this summer have been focused on specific struggles that migrants at Shahi face and developing a standard health and nutrition guide for the creche (childcare) facilities at Shahi units. With our time at Shahi (and India) coming to an end, this is a good time to reflect on all the work I did this summer and the progress of our projects. Just this morning, we presented to several Shahi board members about our projects at the headquarters in Faridabad. 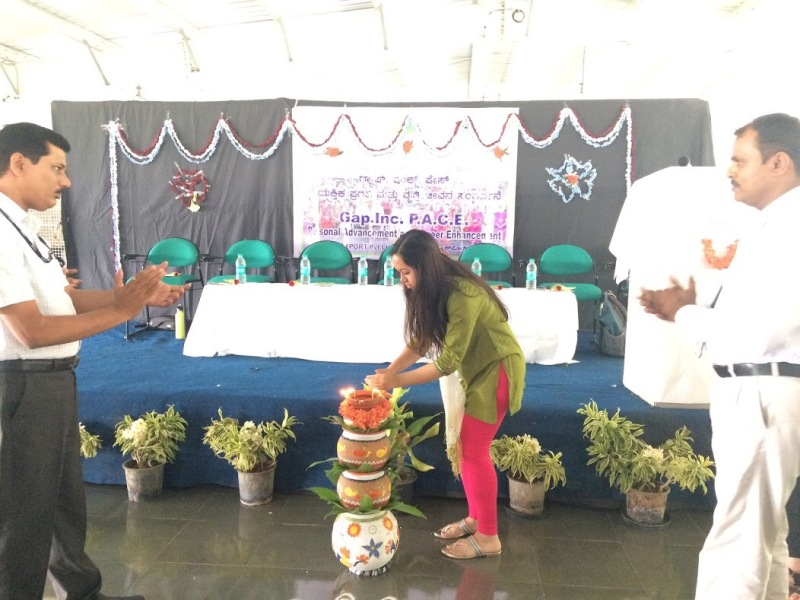 For my first project, I conducted a survey of 150 migrant respondents with the help of four other OD team members. As mentioned in my previous blog, the survey covers four main areas: hostel life, adjustment issues, language classes, and long-term aspirations. I chose ten hostels from ten different units, ensuring a variety of both large and small hostels. I also made sure to include hostels from both South Bangalore and North Bangalore (Peenya). Lastly, eight of the chosen ten hostels were female hostels and the remaining two were male hostels; this was representative of the migrant population being 80% female and 20% male. I conducted 30 of the surveys myself in Hindi and this allowed me to connect deeper with the results of my survey as opposed to simply having others conduct the surveys for me. 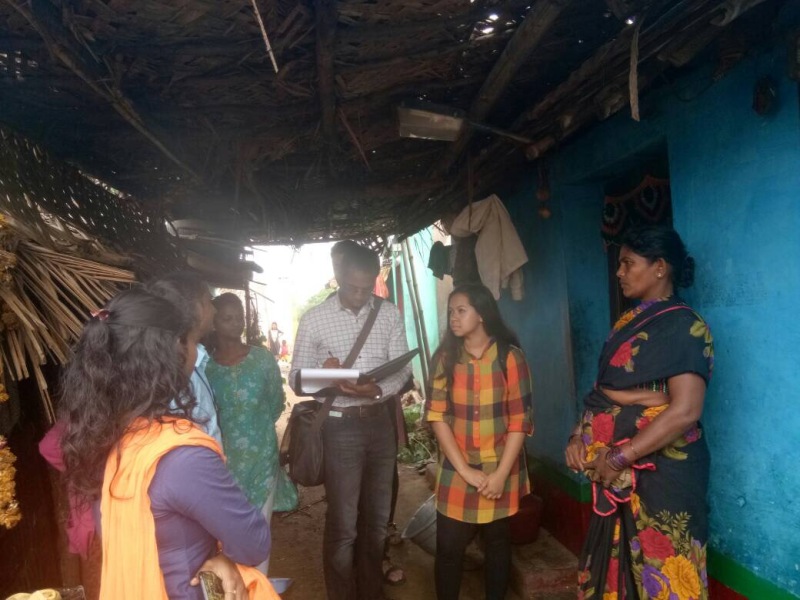 There were several major conclusions from the survey. First, there needs to be a better relationship established between Janodaya staff and Shahi staff. I found that many workers did not know the difference between Janodaya and Shahi or know who Janodaya even was. Not only does this show a lack of agency for the workers, it also has implications of misplaced complaints workers leaving Shahi for the wrong reason. This lack of knowledge rang particularly true for the male workers I interviewed, who in general seemed to be more confused about their living situation in Bangalore as they were misinformed at the rural training center (RTC) they came from. This leads to my second big finding: the information being given at RTCs need to be closely monitored and standardized. Generally, the workers that come from Shahi RTCs tend to be better informed and more knowledgeable about what to expect that those who come from RTCs of other companies. It’s also no correlation that Shahi has no male RTCs currently and the males seemed to be misinformed more often. Furthermore, my survey set straight some misconceptions about migrants such as the fact that the residents at the hostels prefer free time rather than organized programming. In reality, 92% of the respondents surveyed showed a preference for more programming at their hostels when they are not at work. Another huge misconception is that migrants only come to work at Shahi for a short time and they do not see a future here. My survey found that most migrants actually aspire to work at Shahi longer and eventually be promoted; however, the current circumstances make it hard for them to achieve their goals as a lot of workplace discrimination happens based on linguistic privilege. Lastly, in terms of language classes, 98% of respondents showed interest in having language classes and the majority said that this would be the most effective way to alleviate adjustment issues in Bangalore. I found out exactly what, when, where, and how often the migrants want to learn and clearly laid out the next steps to implement these classes.

My second project didn’t require a survey but rather many field visits and interviews on site. After visiting over 20 creche facilities all over Bangalore, Lawrence and I had a good idea of what a model creche should look like. For this project, I gave a handful of clear-cut recommendations that can be easily implemented to immensely improve the health and nutrition of the creche kids. My first recommendation is to incorporate seasonal fruits into the creche diet as this is easily available and affordable in India. I also researched what vegetables are high in protein so that these can also be made available. Introducing young children to new fruits and vegetables in fun ways will engage them and encourage them to eat healthier. Furthermore, as these children are coming from low income disadvantaged backgrounds, it is especially important that Shahi do the best it can to ensure healthy development in these children. My next recommendation is adding some physical movement to the creche schedule to make sure that the children are not just sitting around all day. I gave ideas for activities that require and encourage movement that are possible even when space is restricted (as is the case in many of the creche centers). Lastly, I set forth some guidelines for hygiene education and diagrams/displays that can be put around the creche walls to make the children and their mothers more aware about healthy living.

While there are always improvements to be made at any institution, the work that the OD team at Shahi does is truly inspiring. I am immensely thankful to have been a part of this team for my short time in India. I hope that Penn’s CASI-Shahi partnership continues to mutually enrich Shahi Exports and Penn students as well as bring light to the great initiatives that are often overlooked by the one-sided negative portrayal of the garment industry by the media.