Before leaving for India, I spent hours creating a google doc with different cities in India and the major tourist attractions within those cities. I knew that I wanted to make the most of this summer and see as much of India as I possibly could in the ten weeks I had. Thankfully, my co-interns supported this idea of mine and followed me along as I routinely booked us weekly trips all over India (mostly in the south though). I want to dedicate this blog to the different cities I was lucky enough to see in India and the unique character each one of them had.

Delhi – Delhi is the capital of India (duh). With the visas we had, our only port of entry and exit to and from India was the Indira Gandhi International Airport. Thus, our two short periods in Delhi were the very beginning and very end of our internship. Delhi is probably what comes to mind when the average foreigner thinks of India. My first experience in Delhi was quite abrupt as I only spent one full day there and half of that day was spent sleeping due to jet lag. Josh, Gabby, and I went to do some shopping in Khan Market, which was a close walk from the Indian Habitat Centre where we were staying that first weekend. Across the street, we could see Lodi Gardens (even though we didn’t actually go to the park until our last day in India ten weeks later).

Agra – Our second day in India, I went to see the Taj Mahal in Agra. The Habitat Centre provided us with a car, driver, and guide so that we could have the best experience possible. It was a three hour drive from Delhi to Agra on the newly built expressway. We received a detailed tour of the Taj and drove by the Agra Fort. Agra is also famous for its handmade carpet industry inspired from the Mughal period. At the end of our tour, the guide took us to a shop where we saw the long and intricate process of such carpets being made. At the end of our second day in India, I was feeling pretty productive in that even if nothing else happened, at least I’d seen the Taj this summer! 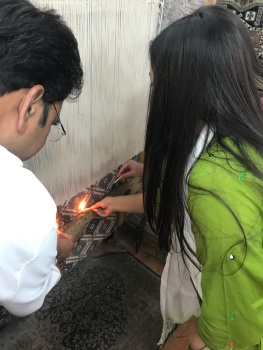 Bangalore – I’m not sure exactly sure when it happened, but at some point early in the summer, I started calling Bangalore “home”. After returning from every weekend trip, my bed at the Octave hotel really started to feel like home. Despite the city’s atrocious traffic and the inability to get anywhere in less than an hour (if not more), Bangalore was where I felt most at peace. In addition to its perfect weather conditions – around 81 degrees in contrast to Delhi’s 100 degrees Fahrenheit – I enjoyed working and living in Bangalore. Like most foreigners, I was guilty of only knowing of India through Bollywood movies and its erasing of south India as part of India. Bangalore is walking around Lalbagh, going out for dinner in Koramangala, and catching up with my friends in Indiranagar (shout out to Rohan and Noah). Bangalore is going on factory visits, sitting in the car for four hours at a time in traffic, and doing the same thing all over again the next day. Bangalore is Chitra, OD, Shahi, the Octave, and most importantly it’s a home that’ll always be a part of me. 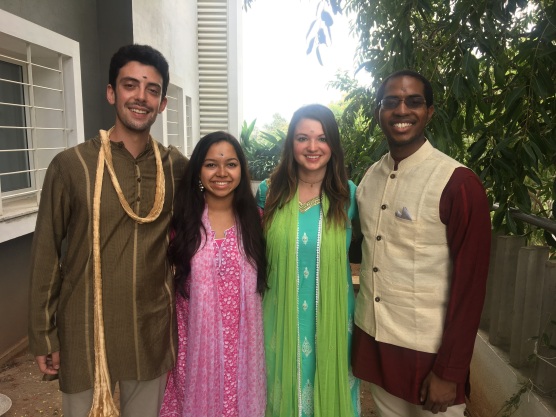 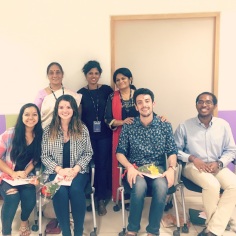 Thiruvananthapuram – The first weekend we had after arriving in Bangalore, we planned a trip to Kerala. While logistics were quite difficult at first because most travel websites didn’t accept international cards, we managed to book the trip with the help of our amazing boss, Chitra. It rained most of the weekend, but regardless we got a taste of the rocky beaches and coastal foods that the state has to offer.

Pondicherry – This was the second place we visited from Bangalore. At this point, booking busses and hotels had become much easier and I was planning trips like a pro. We met up with other CASI interns in Pondi, QuanQuan and Maggie, and enjoyed abundant amounts of french food. We also visited numerous museums and historic structures. 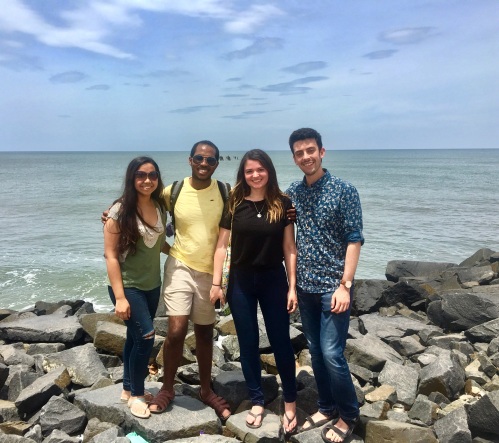 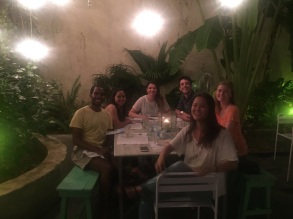 Chennai – Chennai was particularly special because I met up with a friend from Penn while I was here (hi Aps). We met up for lunch and she showed us around the city. We went to Marina beach, the lighthouse there, and a temple nearby. We also saw a British museum the next day before almost missing our bus back to Bangalore. 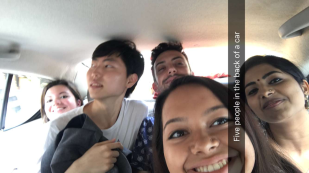 Hyderabad – If I could choose one city to live in India, it would be Hyderabad. Not only was this trip extra special because I stayed at a friend’s place and her mom stuffed us with homemade food, I also found the city to be majestic in itself. Hyderabad is the perfect blend of north and south India, its religious diversity is remarkable, it has modernity but continues to preserve its rich history and culture through forts, palaces, and monuments. I loved how most of the street signs were in Hindi, Telegu, AND Urdu and the Muslim population was a lot more visible than anywhere else I had seen in India thus far.

Mumbai – I think my co-interns and I all agree that going to Mumbai was a must this summer. It was too far to take the bus so this was our one and only weekend trip via flight. Similar to Kerala, it rained the entire time we were in Mumbai. We spent most of our time indoors in museums but nevertheless it was great to experience monsoon in Mumbai and see the city’s magnificent architecture. 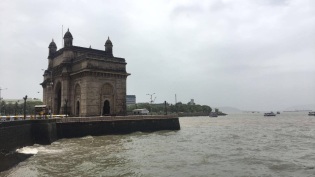 Faridabad – Faridabad is where the Shahi headquarters are in the north. While we spent most of our time here inside the actual Shahi unit and did not actually get to see much of the city, it felt wrong to not include it in this travel blog. Faridabad is the most populous city in the state of Haryana and a major industrial hub. It took about an hour to drive here everyday from where we were in Delhi.

Jaipur – Both of the past two years of the CASI-Shahi partnership included Shahi taking the interns on a trip somewhere in India. While the first year was more work-related, the second year was not. Similarly, we had been anticipating a trip and our supervisor mentioned Jaipur early on in the summer. We spent all summer hoping this trip was actually going to happen as we all wanted to see Jaipur and also wanted more bonding time with Chitra and Anant. Even though personal circumstances made it so that neither Chitra nor Anant were able to join us on our trip, they still provided us with all the resources necessary to make the trip happen. The pink city was absolutely gorgeous in every way possible and its structures and monuments looked as if they were straight out of photographs. We also enjoyed seeing numerous elephants, camels, and the colorful culture of Rajasthan. 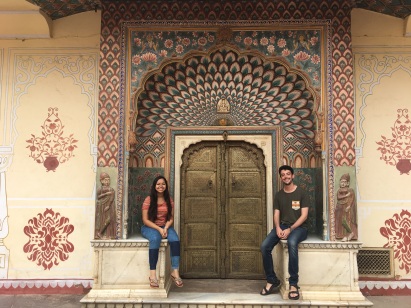 Delhi (again) – Our second time in Delhi was at the very end of our internship. We did all the typical sightseeing including India Gate, The Red Fort, Qutb Minar, and Rajpath. Since Anant was based out of Faridabad and we only saw him a handful of times throughout the summer, this was our chance to bond with him in his city. After walking around Lodi Gardens with him and hanging out at his place watching bollywood movies, it was soon time for us to head for the airport to fly back to the US. 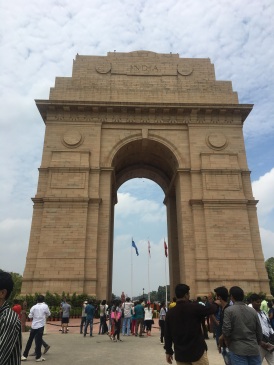 I am beyond thankful to have been able to spend this summer in India. These past ten weeks were an incredible adventure filled with ups and downs (but mostly ups). As someone who loves to travel and explore new cultures, this summer was truly a dream come true for me. As I sit at home now reflecting on the past ten weeks, I also have to start planning for my next adventure. I’ll be spending the fall semester of my junior year studying abroad in Seville, Spain and I leave in about 20 days! Being a Penn student has given me the privilege to travel around the world and follow my passion and I am incredibly grateful for these opportunities.

Wrapping up at Shahi

A Man Beyond Intelligence and Capability