I have been wearing the same pants and t-shirt for some days now (of course washing them every night), and I am pretty sure my fellow interns may think I have packed nothing but food on my 50 pound-bag. After my flight to Zurich got delayed 24 hours, and after spending one whole day roaming around the airport like Tom Hanks, I finally arrived to Delhi one day later than expected. I was already excited, looking at the nice Indian decoration in the airport, and as weird as it sounds, I was even happy about the impossibility of charging my phone in one of the Indian outlets (I forgot to buy an adaptor). After a long day of worries, I was finally here. Little did I know that my happiness and relaxation were premature. My bags were taking an unusually longer time to show up in the baggage pick up area… And they never showed up. They had never made it to Delhi!

It was even more difficult because my partner -Taylor- and I were going to fly to Visakhapatnam – our internship site- the next day. After complaining in the airline office and making sure that my bags were going to be send to Visak, I got a traveler’s bag and was off to the exit.

That first day in India went by very quickly. I spent it in Delhi doing some sightseeing with all the interns and getting some clothes.

My first car ride in Delhi

We went to the Red Fort and the market near it, where I was able to feel the intense heat, see the chaotic street vendors, and admire the colorful saris. After spending the whole day running store from store, bargaining with vendors and seeing monkeys walking casually around the streets, it was time for the Ice Cream social. I got the Upenn special (some red and blue ice cream) and met some people who had been recently accepted to Penn. It was nice to answer questions that I myself wish had been answered when I was a Baby Quake. We played some board games, and I was able to better know some interns. My hotel roommate, Jody, turned out to be a wonderful person, while Kameron ended up being a great “connect 4” player (I beat her though).

I wish I could have had more time to spend with my fellow interns and to acclimatize to India, but our flight to Visak was at 3 am that next day! I was running on adrenaline and excitement. On the plane, I was already looking forward for our first day at our organization.

When we landed and walked to the exit, there was already a friendly face waiting for the people for Naandi Foundation. His name was Santosh, and he was driving a 4×4.

He took us to a hotel in the city to meet David Hodd, who turned out to be our guide for the first week at our internship site -Araku Valley. Located 4 hours away from Visak, Araku Valley was a wonderful sight. Hills of green, yellow plantations and red soil followed us along our trip. I should admit that when I saw the town where we were living, I felt relieved. My coordinator hadn’t explained that it was an active little town where many things were available (I was half expecting a secluded village). To top it off, we arrived to the place where we were staying: a 3 floored-apartment building. It had electricity, battery-powered lights in case of power shut downs, running water, and the most amazing thing: a western bathroom! Again, I had prepared myself mentally and physically for the humblest accommodations, but seeing that they were better than expected made me feel that it was going to be easier to adapt. I was going to stay with Taylor in the second floor, and we would have access to the kitchen at the 3rd floor (which to my surprise, had a brand new fridge).

That same day we went to the office to meet the rest of the team. We met Prakash, Satish and Venkat, who in the later assignments of the week became our go- to people. They were all working in offices located in a big house, that not only had a room for guests with a clean bathroom, but also a well equipped kitchen where the mandatory evening chai tea was to be prepared.

This first week was meant for us to dive into Naandi’s history and activities. Naandi is a much bigger NGO than I expected, and it has wonderful programs dedicated to improve the livelihoods of the tribal communities in the Araku region- the Adivasis. David took us to the Coffee Processing Unit – CPU for short- a complex where Naandi processes the coffee that is procured from the Adivasis’ villages. With a red truck, Naandi goes to every village in the Araku region, collects the best coffee cherries, and brings them to the CPU to be separated, pealed, dried and cleaned. There is big machinery available and a well-established production chain. While David explain every site within the CPU, I could notice that it had every part of a sustainable system I had learned in class. The recycling of water in tanks, the purification of water to avoid eutrophication of rivers, the processing of manure, the manure-powered kitchen, and the organic garden, it all seemed as an annex from my Environmental Science book.

Later that week, David, Prakash and Satish gave Taylor and I an extensive lecture on Naandi’s many projects. We learned that the coffee project is not only about the procurement of coffe, but also about the training of farmers, provision of special compost, provision of seeds and saplings and close examination of plantations. Naandi has also developed a program to provide education to young girls called Nanhi Khali, together with a water management program to make safe water available to Adivasis.

To complement our knowledge about our organization, we went to field trips to Adivasis villages. We visited 2 villages with David and Venkat, where we were able to see the huge coffee plantations in the surrounding hills. David had a chance to explain the biodynamic approach Naandi takes with the coffee plantations; relying on the knowledge that plants are all interconnected, Naandi promotes a natural compost made of leaves that nurture not only the coffee plants, but also all the organisms that participate in the plant’s nutrition – fungi, smaller plants, shade trees. It was a concept I have never heard before, which had seemed to work for the Adivasis farmers. Walking down to the village, we had our first encounter with the tribal people, who seemed very welcoming and interested in us. Women wore traditional clothing, with golden nose rings and colorful saris, while the men wore skirt-like pants, which we learned made farming easier.

By the end of the week, we met Vinod, who was in charge of the CPU production and had a gift for coffee processing (David claimed that Vinod’s palate had been so extensively trained that now he was able to tell if a coffee bean was properly dried only by chewing on it). Also, by the end of the week, I received my baggage! Santosh, who is proving to be such a funny man as days go by, picked them up from the airport and brought them to me. I can change clothes now, and maybe convince the team that I have more clothes than the same blue pants and white shirt I have been wearing so far… 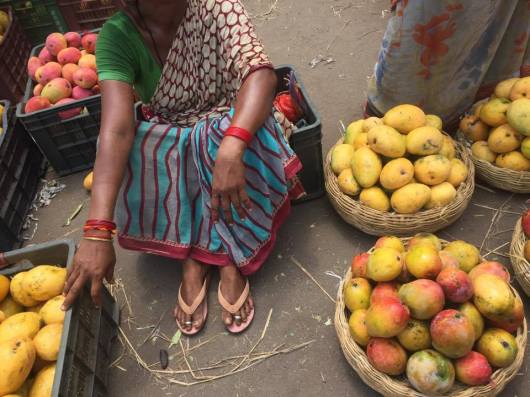 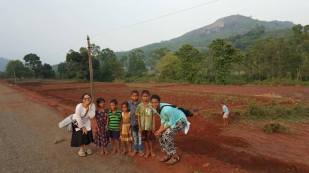 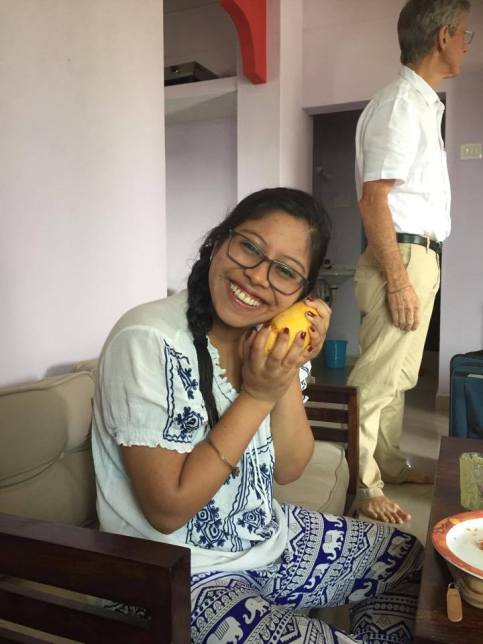 Rising junior studying Economics and Sustainability in the College, currently interning in the Araku Valley with the Naandi Organization.

A working description on the interworking of Aravind