These past two months have been great and strange and weird and comforting. Chennai’s heat was rough. It was difficult for me to find rhythm and routine in the theatre world because I didn’t know a whole deal of people. But with time came contacts, and with those contacts came more contacts and suddenly I was interviewing a lot of people.

People in Chennai have a lot to say about the local theatre. Some people are proud of how far it has quite amazingly kept up with the times, venturing into the digital platform. Others are relieved at how it is able to have a space for itself in a city where the primary emphasis is on bharatanatyam and Carnatic music. Yet others are dismayed at how commercial theatre has become, saddened by how most theatre companies spend more time marketing their shows than actually rehearsing for them.

I have been able to experience both sides of the phenomenon. Theatre Nisha is the theatre company that is advising my research in Chennai. Its founder, Mr. Balakrishnan is a graduate of the National School of Drama, India’s most renowned acting school.  He emphasizes quality – of his work, the writing, the acting. I also worked with another group on a short children’s play for Diwali. Of all places, it was held in a mall. People showed up more than an hour late for rehearsals; at times it was unclear who was running the rehearsal room, and the final product borrowed a lot from popular Tamil movie references and gestures from famous actors like Rajnikanth.

I paused my research in Chennai to head to West Bengal to participate in a theatre workshop. I flew in to Calcutta, and attended a theatre event that an acquaintance of mine had invited me to. The event opened with a talk about proscenium style theatres vs. alternative spaces. The actress who was leading the discussion threw various questions at the audience, and the audience replied with equal amounts of enthusiasm. I sat in the crowded room in awe. Discussions with people from Calcutta showed that Calcutta places a lot of emphasis and importance on theatre.

After a couple of days in Calcutta, I went to Tepantar Theatre Village where I was participating in an International Residency run by Anna Helena McLean of Moon Fool, a London based theatre company. Anna was a principal member of Poland based theatre company Gardzienice for seven years. Gardzienice is a company that models its work on the teachings of Grotowski. The workshop was physically exhausting, with acrobatic style movements (which I was so afraid of) and a lot of singing (which I am very self-conscious about). The seven day workshop culminated in a production of Romeo and Juliet where we moved around the village, staging different scenes in different locations, taking the audience with us. The workshop was absolutely phenomenal and helped me feel absolutely validated in my decision to be in India. A big reason for this was the other participants in the workshop, from various parts of India. Most of them are theatre practitioners who gave me an understanding of how theatre is in their city. 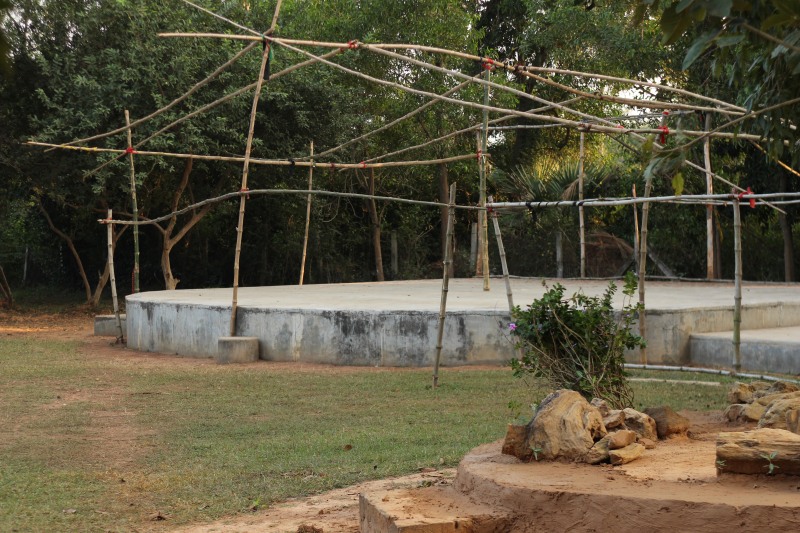 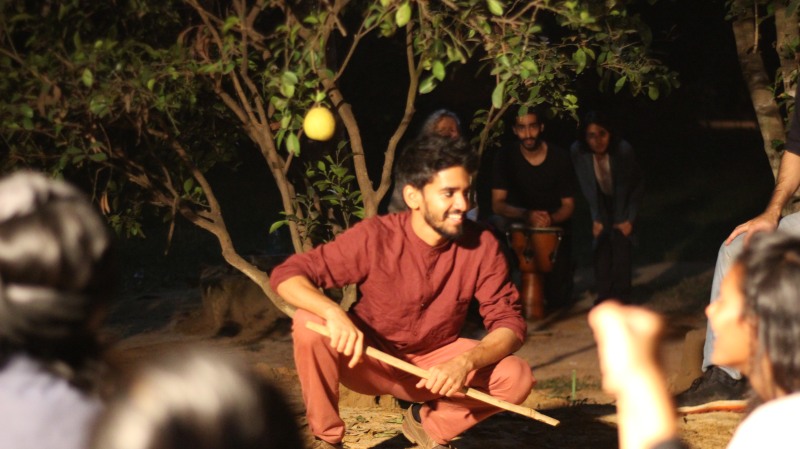 Romeo and Juliet performance on the last day 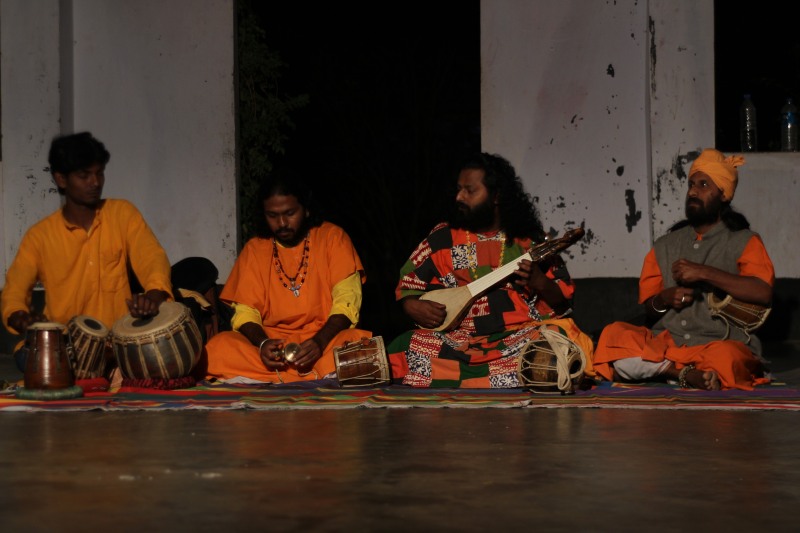 Baul musicians from the area who performed for us

When I came back to Chennai, I was greeted by a city that had come to a complete standstill because of the monsoon rains. Schools have been shut for over a week, people have had to temporarily relocate to relatives’ homes because water has seeped into their houses. Commutes that take half an hour now  take about three hours. Ola, a company like Uber, had an option where users could choose to call a boat, rowed by a professional rower to get people from A to B.

When I landed at the Chennai airport, I was told that there would be no taxis till morning (it was 9 pm). One of the few cafes in the arrival lounge had run out of all food except instant cup noodles, which people were trying frenetically to purchase. I resigned myself to a night at the airport when two of my brave cousins decided to come and pick me up. It took them three hours to get to the airport and two for us to return home.

Sobti Family Fellow 2015-2016 at the Centre for the Advanced Study of India. Currently in: Chennai, India Researching English theatre in India Website and blog: www.sindhurin.com

Back to school - a reintroduction