Not going to lie, there was a part of me that did not want to leave Delhi. People say that Delhi is hectic and crazy, but it has been the kind of crazy that has become somewhat familiar. At the same time, I wanted to see more of India and my flight out was from Mumbai- formerly Bombay. People who I had met from Mumbai always claimed that it was better than Delhi (the same love for one’s own city could also be said of those from Delhi). Google Maps indicates that the journey between the two cities takes approximately 19-23 hours by train or 270 hours via foot; thankfully, it was only 2 hours by flight. 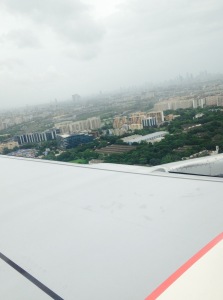 Perfect time for a quick nap- thank you IndiGo

Without any set plans, I decided to drop my stuff off and start exploring by walking around. The following are some observations and experiences from the little time I had in Mumbai: 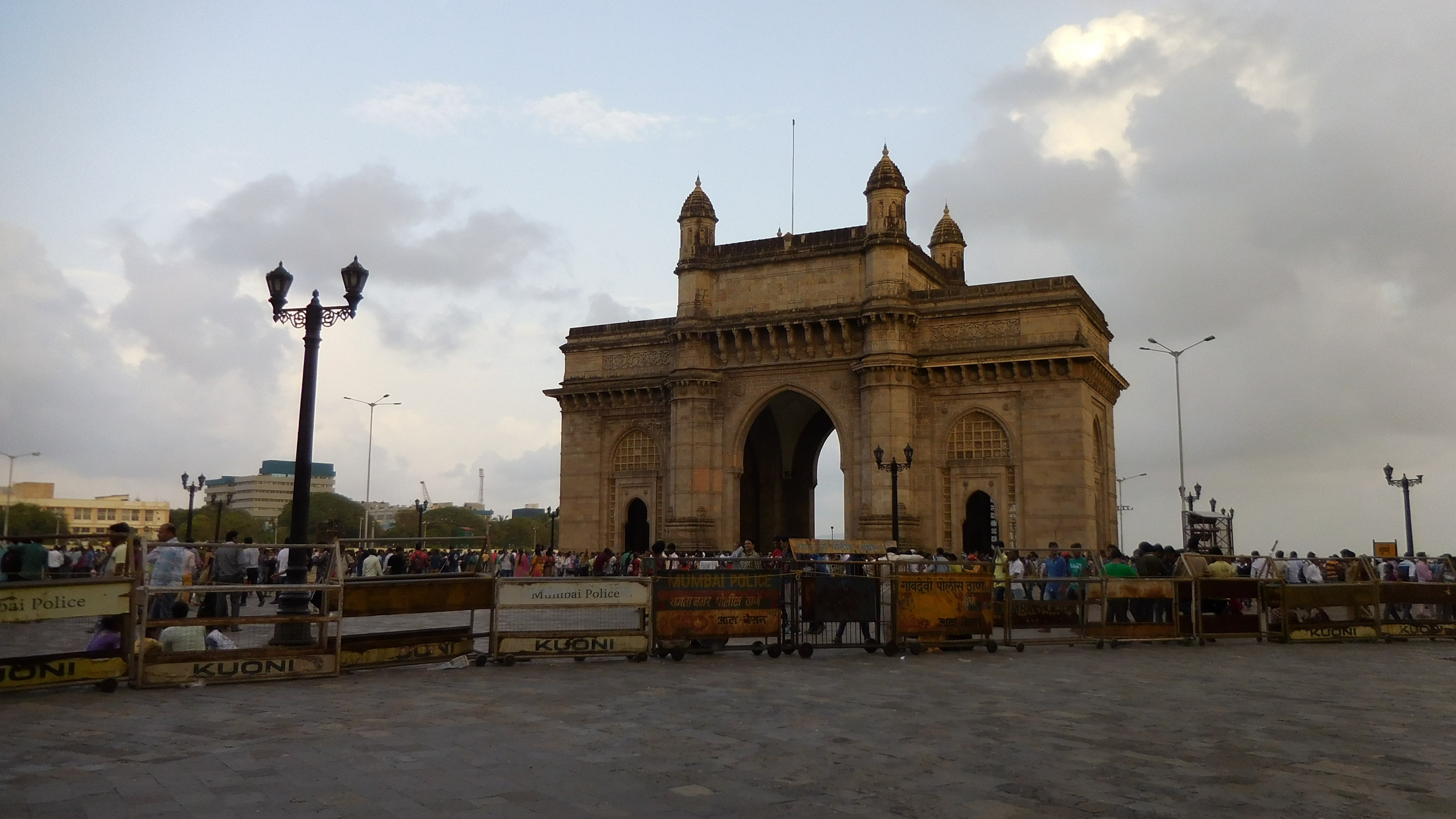 A close two-minute walk from where I was staying, the Gateway of India was built during British Rule in Mumbai to commemorate the arrival of King George V and Queen Mary in 1911. That being said, it was not completed until 1924. Back then, it was the first major thing people saw upon arrival to Bombay by sea and it was also where the last British troops left after India’s independence (an interesting scene to imagine as I was standing right in front of the structure!).

The Gateway overlooks the Arabian Sea…and I may have gotten a bit overexcited to see a major body of water. Being from Jersey, most summers include at least a couple trips to the beach so there was a part of me that missed the experience of having a large amount of salty seawater nearby (in other words, I missed the shore a lot).

The Taj Mahal Palace Hotel- across from the Gateway of India. Interestingly, the original building was finished in 1903, before the Gateway.

Arabian Sea- it was about to rain!

The art scene in Mumbai is quite thriving. Walking through the streets, I came across a handful of galleries on main roads and tucked away in side streets. One of my personal favorites from the weekend was the Jehangir Art Gallery. The top level featured the work of Shubha Vaidya, an artist from Mumbai. Full of color and beautifully balanced, her work captures female empowerment in various roles. The women herself is as, if not more, vibrant as her work. When asked how long each piece takes, she responded, “However long as it needs”- a mentality that I remember having when I painted. Shubha went on to explain how she seeks to showcase women’s emancipation and the potential of an Indian woman’s role in society. Although I could not transport some of her physical art back with me to the US, it was a refreshing and inspirational conversation and I wished her all the very best.

Shubha and her daughter. Painting Veenavadini with Saraswati goddess of knowledge, arts, wisdom and learning. Somewhat fitting considering the work with LEAP

A long boulevard in South Mumbai, Marine Drive is also known as the “Queen’s Necklace” because at night the lights along the c-shaped road look like a string of pearls from above. My friend from Penn had brought me to the ending edge of one side on my first night and for some reason I was just really unexpectedly happy to feel the wind and see the shorelines. The second night, I decided to try to find the way again- after walking the wrong way for a bit, asking a couple times for directions and more walking, I finally found myself back at Marine Drive. Although there were people around, for the moment I felt at peace just looking at the sea. It is easy to see why people can sit for hours. Marine Drive also reminded me a lot of the Shanghai bund (although the view across the bund is much nicer, no bias intended!). Can you guess which is which?

After a bit, the person sitting to my left started talking to me- he was living in Mumbai pursuing an MBA that specialized in marketing. We talked a lot about the education system in India. He explained how due to pressure from family, he had originally studied engineering. After a few years, he realized that he had no interest in engineering and wanted to go into business. This made me think back to the Propeller students and how they have the potential to figure out what they truly want to pursue, but how that is also a tough thing to do. I came into the summer not knowing anything about education in India. Coming out, at least I can say that it is undoubtedly complex but I have a better understanding of the different influences and mentalities behind education in this vastly diverse country.

Getting to the airport the morning of my flight was surprisingly easy. Built a couple of years back, the Rajiv Gandhi Sea Link helped reduce travel time between Bandra and Worli. This reduced the total travel time to less than half an hour (vs the 1.5+ hours it had taken from the airport). Two days was not enough to see all that Mumbai has to offer, so until next time~

As a side note: I really enjoy architecture- so I may have gotten a bit overexcited by Mumbai airport’s international terminal. Cannot resist the opportunity to include a couple more photos so here you go!

Next 3 photos from Google of other viewpoints 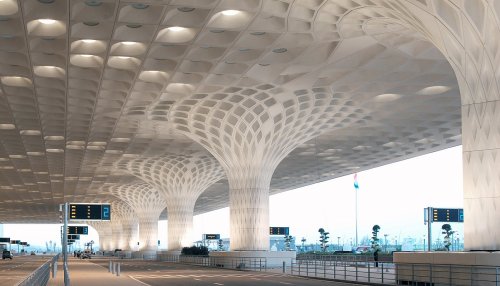 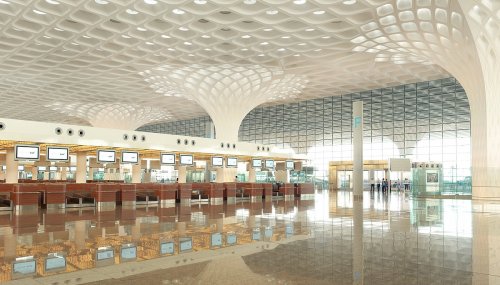 Class of 2017, Wharton- concentrating in Marketing and Finance, Intern at Leap Skills Academy

Building the framework with SPS