You’re celebrating your daughter’s 5th birthday. You want the memories of this moment to last forever. You quickly pull out a camera and snap a few shots. Click. Later that evening, you scroll through the images, noticing how her eyes shine from happiness… or… is it something else? You look closer at a picture that may look similar to this: 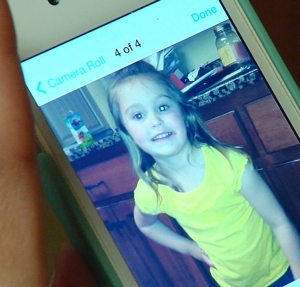 Maybe this picture won’t catch your attention. Maybe you would never imagine the white reflex in her left eye to be life-threatening.

Retinoblastoma is the most common eye tumor in children and is primarily found in children younger than 5 years of age. With a population of 1.28 billion people and a high birth rate, India has the highest number of new cases in the world. If caught early enough, there is a 95% cure and survival rate. The problem boils down to the lack of awareness and existing misconceptions in the majority of India’s population. Ignoring the presence of white reflex in the eye or believing a squint to be sign of good luck (a common misconception in India) will lead to later diagnosis and severe consequences.

While small tumors can be treated with chemotherapy, an eye with a large tumor requires enucleation—or removal of the eyeball—to prevent the cancer from spreading to the brain and different parts of the body.

Saving a child’s life in exchange for an eye. It seems like a no brainer. But imagine how extreme this treatment sounds for a parent. And how emotionally and psychologically strenuous it will be on a child’s life.

A few weeks ago, I got the opportunity to briefly speak with the chief of the orbit clinic—Dr. Usha. Normally, my conversations with doctors are light and follow a general pattern: their specialty, how many patients they see in a given day, what type of treatments they offer, their experience at Aravind. Dr. Usha offered a much more personal side of the practice I had been observing for weeks. Her stories were powerful and emotional. She made it very clear that educating parents was absolutely necessary in developing countries to increase the survival rate. No child should have to lose their vision or life to a curable disease.

Unfortunately, enucleation can cause narrowing of the facial structures near the eye. In order to prevent this from happening and for cosmetic reasons, the orbit clinic operates a lab to develop ocular prosthetics. This was by far the most interesting process I’ve witnessed at Aravind.

The patients are first fitted with a wax mold. After carving, heating and cooling, the white plastic shape is ready to be painted. With careful attention to the veins of the eye and the stroma of the iris, the sisters design the eyeball to nearly perfectly match the unaffected eye of the patient. It’s remarkable a) how closely the prosthetics resemble the original eye b) how quickly they carve out the wax model. After a few finishing touches and polishing, the prosthetic eye is finished!

I’ve discussed the problems associated with awareness and the extent of the disease with the researchers in the Genetics Lab. Over the course of this semester, I am hoping to collaborate with the department to continue raising awareness in India.

This past weekend, we went on our final trip in India. After traveling in a 7 hour non A/C sleeper bus, we arrived in Pondicherry. Early Saturday morning, our group toured the Aravind branch there. Since I’m primarily working with pediatric clinic, I had the opportunity to get valuable feedback from Ms. Priya regarding my projects. In Madurai, there is a huge focus on raising awareness in parents; it’s believed that parents have the biggest impact when determining when a child is brought to the clinic. While this is definitely true, the Pondicherry hospital has taken a different approach. Rather than focusing on the parents, they’ve found that teachers are extremely influential in both detection of symptoms in children as well as convincing parents to take their child to an ophthalmologist. Ms. Priya has made a lot of progress not only in developing school screening programs but also training classroom teachers to catch common eye problems in students. The success of her project has led other Aravind branches to adopt the vision screening program—a major accomplishment! 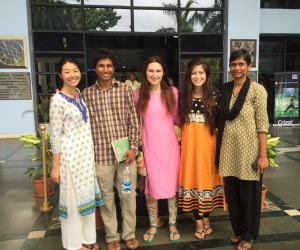 The rest of the weekend we explored Pondy by: 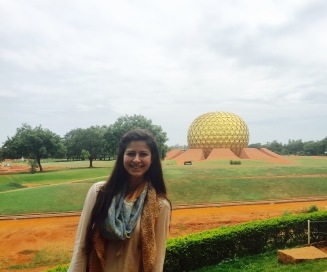 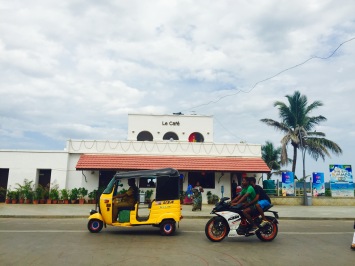 Class of 2017. Majoring in BIBB with a minor in Health Services Management. Intern at Aravind in Madurai, Tamil Nadu in 2015.

Striking a Chord with CORD: The Inspiring Example of Dr. Didi