Of what’s to be and what has been

Just to be a part of it

Is astonishing to me

I have often reflected on these lyrics, which appear in Bill Fay’s thoughtful album Life is People when feeling appreciative of the things in my life (people, experiences, gifts, etc.). Perhaps in India more than ever these lyrics capture my feelings about a single set of experiences. Over the past eight weeks I have been overwhelmed, astonished, disturbed and perplexed by the intersections of new and old, diversity and sameness in this area of the world. I am thoroughly enjoying just being a part of the fun and taking it all in! 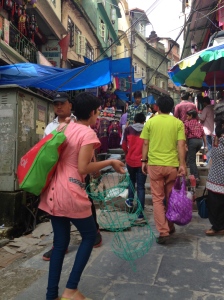 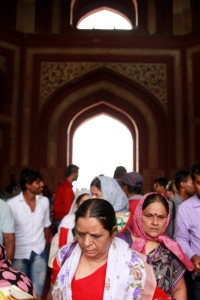 Last weekend Bill and I did a walking tour called “The Untold Stories of Nizamuddin,” one of Delhi’s busy neighborhoods. It is led by Leap’s very own director, Ankit! As if he doesn’t have enough to do managing a company and taking care of intern-babies, Ankit dedicates a chunk of his day off each week to providing informative and just plain cool tours of his neighbourhood. I wish I could say I retained enough information to outline each place we visited and its significance, but it was a while ago and the daily sensory overload I experience has made the details hazy to me (sorry Ankit). So, I will just focus on one theme: throughout the tour he repeatedly drew attention to the complex and often contrasting social dynamics in the neighbourhood. He did so first by juxtaposing the old and historically significant slum on one side of the street with the popular posh residential colony on the other. He also showed us the in-your-face diversity by taking us to several religious sites, which for various reasons are particularly important to the followers of their respective religions. The co-existence of these places of worship literally in each other’s backyards is fascinating. He also explained the history and contemporary circumstances of multiple important tombs in the area, tracing their role in the community. Next time you are in Delhi you should take some time to contemplate religious tolerance and “deeply contrasting worlds” by signing up for this fun tour. Hopefully your memory is better than mine… 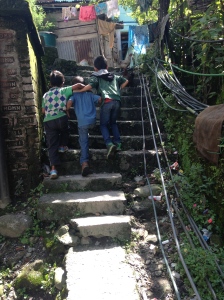 In my previous blog post I had mentioned that Leora and I are facilitating a number of workshops for current Leap trainers in Yamuna Nagar. Although the majority of the sessions have been postponed until after they finish hiring a few new trainers, last week we led one workshop on Technology and Teaching. When we initially conducted a survey to see which of the workshops we proposed would be the most appealing to trainers this one was hands down the most popular. We had a great time sharing resources for lesson planning, finding classroom materials, professional development, connecting with other inspiring educators and bringing technology into the classroom in creative ways that suit the needs of the class while being realistic about connectivity and IT skill levels. The trainers discussed the merits and difficulties of using technology to strengthen the relationship between students (and their goals) and educators. They also presented information about online resources for each other, focusing on the aspects of the resources that are most relevant to them as Leap trainers. 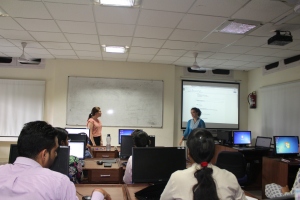 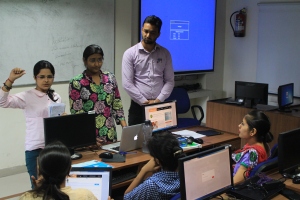 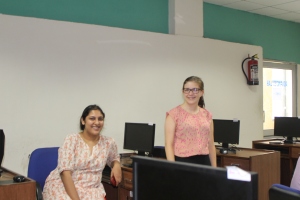 Over the weekend I visited friends in Sikkim, the wonderful world of MOMOS. I was so excited to hear that my friends Tseten and Shila make momos regularly and were willing to teach me how to make them. We spent hours chopping veggies, rolling dough and folding them into perfectly shaped bundles of yum. We started mid-afternoon, but by the time we finished it was late into the night (hence the somewhat dark pictures). I can’t wait to try making them for my family when I get home, although I am sure it will take me even longer than it did the first time. 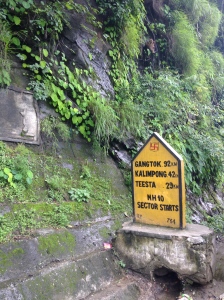 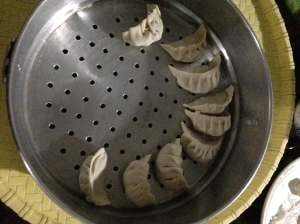 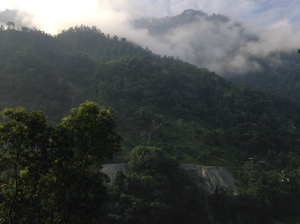 (Mountains and momos in Sikkim)

One day I asked my friend and co-worker Pallavi what she thought it was like to work with Penn interns in summer. I am so thankful that she agreed to share her thoughts with us here on the CASI blog:
I am Pallavi Chauhan and I work as an Assistant Manager- Training at Leap Skills Academy.
I was really excited when I came to know that during the summers, interns from UPENN will come at LEAP and work with us. Since that time I had been waiting for UPENN interns to arrive. The day the came here we spent almost 3 hours straight talking and chatting with them trying to understand there culture, ideas and also sharing ours. During the conversation I realized that even though we live in different parts of worlds but we are so connected. I worked with Laura, Leora, Eileen and Bill on different projects. They helped us in conducting workshop for our students, building content for an undergraduate program, designing posters and creating videos for marketing our program, conducting a program for school students and many more.
Apart from work we used to be together at breakfast and lunch- trying to learn new recipes, talking about trekking and trips, sharing pictures and a lot more. I liked being with them and there are some really special moments that I had with them. I don’t know when will we meet again but I wish to visit them some time. I wish them luck for their future ventures and life in general.
Thanks for the kind words, Pallavi! Only two weeks to go…. 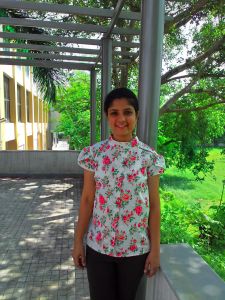 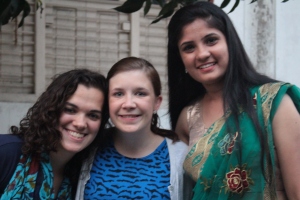 One thought on “The Never Ending Happening”

Pursuing my M.S. Ed. in Intercultural Communication at Penn's Graduate School of Education

On Putting Down The Camera

Striking a Chord with CORD: The Inspiring Example of Dr. Didi