Global immersion. Those were the two key words that we were told to help facilitate in a LEAP program called Propeller for high school students in Yamuna Nagar. Propeller’s main focus was to offer experiential learning and help the students gain both career insights and global exposure. LEAP as a whole geographically targets non-tier 1 cities – a designation based on population. As a result, the students there have less opportunity, motivation and ability to be globally aware compared to equivalent students in major cities.

The sessions that we led focused on habit formation, technology, and global citizenship. For the last session, we set up Skype calls between the Propeller students and our friends around the world- people ranging from China, Israel, South Africa and more. The premise of the activity was the idea that many businesses today operate globally and consequently they have to take into account the tastes of people from different countries. To demonstrate this, we first showed the students pictures of how companies in the food, film and retail industry change. For example, McDonalds in India offers items like McAloo Tikki (a play off of the Aloo Tikki that you can get at street stands throughout India) while the McDonalds in France serves McBaguettes and croissants. Yum. 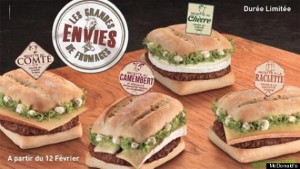 That day, we challenged the students to conceptualize their own business products that would appeal to a global market. In order to collect their “primary research,” each group got to ask our friends questions pertaining to the preferences of people of their respective country.

Most of the Propeller students started off with the list of suggested questions we provided but soon enough, curiosity probably got the better of them and they started asking all sorts of questions. Among these, one common question was “what is your aim?” This was met with a wide variety of responses from confused looks to “Oh…I don’t know” to “I think I want to be an engineer.” This situation captured an interesting contrast in the way that education systems influence thought processes. In India, many students choose what stream (science, engineering, commerce or arts) they want to go into after they pass year 10. As a result, they have to make an important decision in high school that may shape the rest of their life.

In contrast, in many other countries, while there is sometimes a certain degree of pressure to pursue a specific career, there is also a large degree of flexibility. I have several friends in college who have changed their major and added different minors. This also made me think about how Penn encourages students to take classes out of their designated major. I can only begin to imagine the pressure that students in India must feel when they are pressured to decide what they want to study and their future career trajectory halfway through high school. I still remember that during the first week in Yamuna Nagar, we had the opportunity to meet all the Propeller students one-on-one. During these “get to know you” sessions, the students were asked what career they wanted to pursue. While all the students had an answer to this question, they differed with regards to the reason. Many students found inspiration from their parents while a couple were not quite sure as to the exact reason they wanted to pursue a certain career, which is completely understandable. One particular student, Harshul, explained how he wanted to become a scientist because it is a career that will challenge his creativity skills. Another student, Angel, wanted to become an aeronautical engineer because planes fascinated her. Jaskirat wanted to become an entrepreneur, an aspiration that stemmed from his parents’ work. These sessions made me think back to how much uncertainty I had in high school about which college I wanted to go to, let alone what career I wanted to pursue. As an outsider, I can see how there are certain restrictions from the way that the Indian education system is set up. At the same time, it is not my place to pass judgment as all systems have their benefits and flaws. While there is not necessarily a clear-cut answer with regards to which system is better, awareness of the differences is a step forward.

Some of our lovely Propeller students:)

Class of 2017, Wharton- concentrating in Marketing and Finance, Intern at Leap Skills Academy