When I lived abroad in Ecuador, I could never pick up a word just by hearing it. I always had to write it out and see its physical manifestation. I would carry around a tiny notebook that was eventually filled with words. The same has been true with learning Hindi and Kannada. But, other than the standard Namaste/namaskara, there’s one word that I remember purely from hearing it so frequently—aloo. In our interviews with migrant workers living in hostels provided by Shahi, it was a disappointingly common answer. Every time I heard it, the word popped out from the rest of the rhythmic syllables that I could make no sense of. What do you have for lunch? Aloo. Dinner? Aloo. What did you eat back home? Aloo. Aloo means potatoes, which are often eaten along with rice as a staple dish.

This type of diet, amongst a variety of other environmental and cultural factors, has led to malnutrition amongst many of the female migrant workers from Orissa. It’s hard to pin down the exact causes of this issue—poverty, limited access to fresh fruits and vegetables, diet habits formed over the years, lack of time to prepare nutritious meals, and lack of education, amongst others, can explain the narrow diets. One of the biggest issues that has arisen out of this context of poor nutrition is anemia. Anemia can be caused by a number of factors, but refers to a lack of red blood cells. The hemoglobin that’s found within red blood cells is what binds to the oxygen in the body, and brings it to different organs and tissues. A lack of hemoglobin prevents sufficient levels of oxygen from reaching all parts of the body, and causes issues such as fatigue, dizziness, chest pain, and even heart failure in extreme situations. From what I’ve learned from my own research and from talking with Shahi’s medical staff, the girls’ anemia is likely caused by this poor diet, as well as a number of other diseases and infections that can worsen hemoglobin count, such as worms, malaria, or TB.

Although I was originally intending to focus my research on mental health, I felt like the issue of anemia might be a more realistic project considering both language and time limitations. I’m hoping to help build their training programs surrounding nutrition and health, and also see what role the company itself can play in addressing the issue. One of the possibilities that I’m most excited for is called the “Lucky Iron Fish.” The product was developed in Cambodia in response to the widespread problem of anemia amongst the women there. It’s basically a lump of iron shaped like a fish (a symbol of luck in Cambodian culture) that is placed inside a cooking pot while food is being prepared. The food leaches iron out of the fish, and can provide up to 75% of an individual’s daily iron needs. The fish last for five years, and cost about $5 each. They are setting up a production facility in Mumbai, so we may get the chance to partner with the organization and test this potential solution with our migrant girls. (For more info, check out the website: http://www.luckyironfish.com/)

One of the other ideas that we’ve come across is providing catering to the hostels. Only one of the hostels that we’ve visited so far has had a catering service. However, all of the migrants living in the building were from this state—Karnataka. Chitra, our beloved boss/mom/mentor, explained to us that this was because the Karnataka (more local) migrants all liked the local food since they had grown up eating in a similar manner, so it was easy to find a suitable caterer. On the other hand, the girls from Orissa seemed to have a fairly strong distaste for Karnataka food, and opted to cook for themselves. When we asked them how they would feel about Shahi providing food, they responded that even if the food were free, if it was not to their tastes that would prefer to cook on their own. My own experiences trying to get accustomed to the local food (and our more-than-occasional outings to buy more familiar foods) have made me even more sympathetic to their situation. We’ve proposed finding a catering service or restaurant run by individuals from Orissa or even developing a Shahi food store to provide nutritious raw ingredients at low prices.

Off the work topic, a few things that I’ve really enjoyed in the past few days: 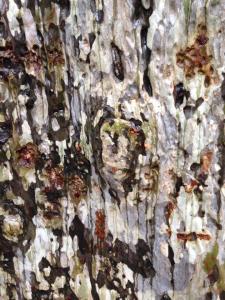 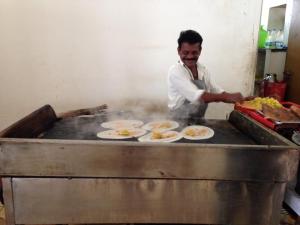 Bus ride naps in the mountains 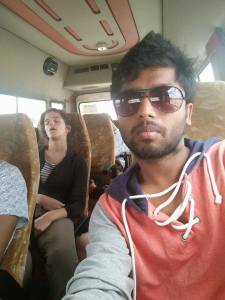 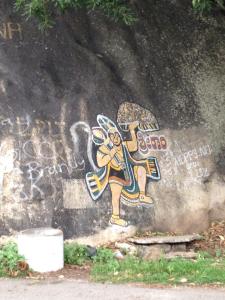 2 thoughts on “Anemia in the Factory”

My name is Amy Summer and I'm a cultural anthropology major at the University of Pennsylvania concentrating in medical anthropology and global health and minoring in international development. I'll be a rising senior this coming year, and I'm hoping to work in the non-profit field for a few years once I graduate. I love to travel, cook (and eat, of course), and write. Over the summer I'm working on the Shahi experts internship team in India. I'm hoping to experience what it might be like to work in international development or the corporate social responsibility division, all while gorging myself on naan, dosas, butter chicken, and biryani.

Propeller: Preparing Students for their Futures