It’s hard to believe that this time last year I was starting senior year, still navigating West Philly and blissfully discovering Honest Tom’s, and now I’m reaching the three month mark in Haiti. (To all future or current CASI students, you’ll never escape from Aparna, she’ll track you down wherever you’re in the world!). For my year-long Global Health Fellowship, I work at St. Joseph’s Clinic in Thomassique, a small primary care clinic, about four hours north of Port Au Prince near the Haitian-Dominican Republic border. Selflish plug: Interested in global health? Apply for next year’s fellowship here!

Even though I feel as if I’m in a separate world from Madurai, I keep returning to my amazing summer at Aravind. The other blan (foreigners) I’m with have heard countless stories about Nandhawuware’s misadventures across southern India – the amazing food in Kerela’s Backwaters, our (failed) American Day where we tried to watch The Dark Night, Cafe Coffee Day and my beloved Dominio’s. Then there was Aravind, which never ceased to amaze me with the organization’s commitment and confidence in their work. It’s that confidence, which I keep returning to the most in Haiti.

Here my work is simultaneously rewarding and frustrating. If anything, it’s an eye-opening experience to play a small part in global health delivery and to see the successes and flaws in the NGO sector. Each day brings new challenges – washed out roads destroying the Clinic’s car, budget constraints, unreliable government partners, deciphering Kreyol, and aligning the interests and goals among rural villages, donors and Medical Missionaries Board of Directors. At times it can be a bit overwhelming knowing there are no perfect solutions and all the frequent old and new obstacles can be a bit discouraging. And again, that’s when I’m reminded of Aravind.

In India, it was easy to take for granted Aravind’s success story; almost everything chugged along smoothly, an efficient system of care for thousands across numerous hospitals and cities. In Thomassique, every week brings new obstacles: ensuring the whole clinic staff is on the same page when it comes to properly maintaining the medication inventory system (to prevent drug shortages) or shifting a nurse who was conducting home visits for Medika Mamba (infant malnutrition program) to the cholera treatment center where she was urgently needed due to an upswing in cholera patients. It’s easy to get lost in the slog, but I learned from Aravind to focus on outcomes, put patients first and with a firm commitment and dedication, the other pieces will fall into place. Essentially my Haitian experience has deepen my appreciation of Aravind – both St. Joseph’s Clinic and Aravind operate within the context of weak infrastructures, government institutions, redundant and overlapping NGOs, forcing both to chiefly rely on their own ingenuity.

Aravind also taught me to not lose sight of the individual success stories. For example here, a high-risk delivery is recognized by the Clinic’s trained matwon (traditional birth attendants), who then contacts the village’s community health worker. The CHW manages a small fund to pay for transportation referrals for those who cannot afford transportation or are too sick to walk the 1.5-2.5 hours to reach St. Joseph Clinic’s from the outlying villages. Together the CHW and the Matwon decided the baby was in the wrong position and the mother needed an emergency c-section. The CHW paid for a motorcycle (yes a motorcycle) to transport the mother directly to the regional, referral hospital in Hinche, the provincial capital and one of the only two hospitals in the Central Plateau with the capacity for C-Sections. Here the system worked, the CHW and Matwons without any direct support, referred the mother directly to Hinche, saving precious minutes by bypassing St. Joseph’s Clinic, and immediately starting the 1.5 hour ride on unpaved roads to Hinche. Regardless of all the setbacks and obstacles, I cannot forget the immediate human dimension of my work in Thomassique.

I recently arrived back from my weekend trip to Port Au Prince. We were itching to get out of Thomassique and PAP was crazy, a completely different world than Thomassique. We couch surfed and we were luckily hosted by a 27-year old American, former Peace Corps’ agricultural specialist working with Haitian mango farmers (the American was randomly from my hometown – small world). As much fun as PAP was, especially the food, it was also my first introduction to life in the expat community.

After navigating tap-taps, PAP’s brightly colored, bible-verse painted public taxis, (foreigners are usually cautioned against using tap-taps though I found them safer than the some of the crazy rickshaw drivers in India) we safely arrived in Petionville, where the Expats and Haitian elites live in comfortable houses surrounded by barbed wires in the hills overlooking downtown PAP. Don’t worry Mom, I stayed on one of the most secure streets in all of PAP – One of the housemates was a former Uruguayan army general, currently serving as MINUSTAH’s Chief of Internal Security and 5th in command of all the UN peacekeepers (the third roommate was the education director for Sean Penn’s charity) and two houses down was the home of Haiti’s Foreign Minister. Petionville and the beautiful areas in the foothills surrounding PAP, seemed like separate countries from each other, especially the rest of Haiti – expats refer to PAP as the “Republic of PAP” (also called the “Republic of NGOs”). Our first stop was of course a French bakery and we will leave it at that. Next stop was one of the city’s upscale supermarkets. I was overwhelmed; it was better stocked than any American one, boasting French, American and Latin American brands and even gave away free cheese samples! Other than the armed guards and the ridiculously expensive prices, I felt I was walking into Whole Foods.

Over the next two days I felt like I met half the expats living in the city. We continuously ran into them at some bar, restaurant or the local Italian ice establishment. On one hand talking to the Foreign Service officers, NGO directors, USAID and UN officials was incredibly interesting, especially learning about their backgrounds and their work, but it was slightly disconcerting that all these aid and development workers seemed so far removed from those who they were attempting to assist. The government and large NGO workers (i.e. USAID or Save the Children for example) lamented about their job’s bunker mentality and how they rarely escaped from their offices or the U.S. Embassy.

Essentially the weekend was awesome, but also jarring since we lived and partied with expats living in an oasis of comfort surrounded by poverty. It’s a very appealing lifestyle, but I’m glad I’m in Thomassique with a much slower pace and where I’m actually developing relationships with Haitians. And again, I thought about Aravind Exceptionalism – it’s where the patient was always front and center even for such a huge organization. It’s where humbleness, professionalism, and dedication were the expected norms – Truly amazing in any context, U.S. India or Haiti. 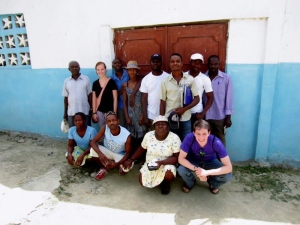 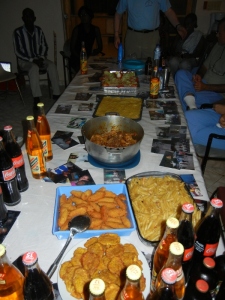 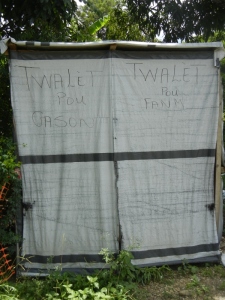 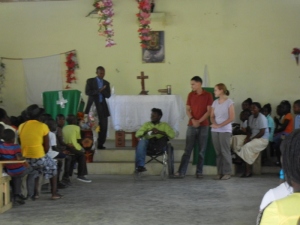 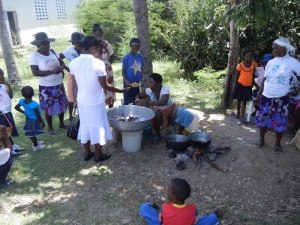 Cooking food for the party 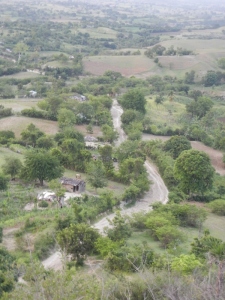 Hills behind the Clinic 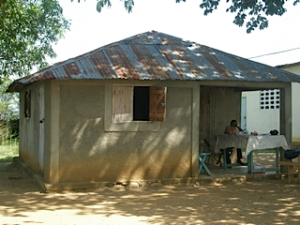 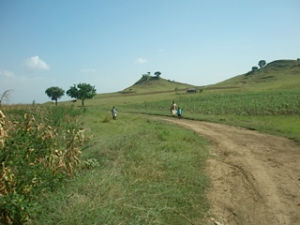 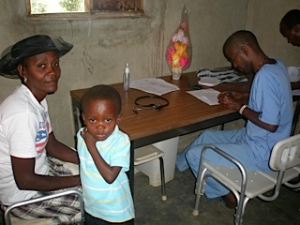 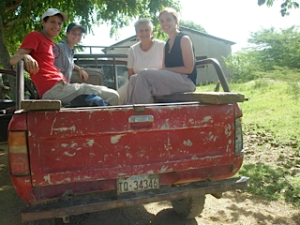 On the way to Bouloume

One thought on “Year Later: From India to Haiti”

I graduated from Penn in 2013, majoring in Health and Societies. I worked at Aravind Eye Care System in Madurai during the summer of 2012. I'm currently serving as a Global Health Fellow in rural Haiti where I manage community health programs for 75,000. I'll be returning to the US at the end of June 2013 where I'm very excited to eat tons of dairy products and green things!

A Year Later where Indian no longer refers to India