Being back in the US now I realize how privileged I am. I do not have to worry about whether I will have the basic necessities to live; the people in the foothills of the Himalayas have to live their lives one day at a time. They do not know what the next day will bring; whether they will have clean water, food, or a roof over their heads.

People had always told me coming back to the US would be harder than going to India. They said the reverse culture shock is sometimes unbearable and now I can see why. Within the first two days of coming home I went to Costco with my mom… there is no way to describe the rush of feelings I had when I looked around that warehouse. It was like I was seeing a mega grocery store for the first time. How do we have so much, when some places have so little? How are our fruits literally three times the size of fruits in India? The site of a store that could feed two or three villages for at least a year with its contents was mind boggling.

I understand most of you reading this blog are broke college students, but after the story below you will hopefully be willing to make some donation; even $10 can make a difference in someones life.

As you are probably aware I along with Jason, Nathalie, and Shobana worked in the Uttarakhand region of India this summer for a local NGO called the Central Himalayan Rural Action Group (CHIRAG). During our time spent in the region we experienced the heavy rains of the monsoon season, while we were not immediately effected by the flooding and major landslides which occurred the villagers and colleagues we worked with every day were. Shobana mentioned in one of her earlier blog posts the immensity of the Uttarakhand floods all over the region; as of now the death told has reached an overwhelming 6,000 people who have been killed by floods, cloudbursts and landslides.

Many villages located on the banks of the river Kali and Gori have been washed away completely or partially. Villagers, who managed to escape with nothing except the clothes they wore, have lost their agricultural fields, cattle, homes etc. Many are currently living out of makeshift tents provided by the Government

Large sections of the roads have simply collapsed. Some villages can now be reached only on foot via forest trails. Other villages that lie on the other side of the river cannot be accessed by road at all.

The effects of the devastation will be felt for a long time. People will have to pick up the pieces and start anew. Fields that their ancestors cultivated have disappeared; other moveable and non-moveable assets have been washed away. 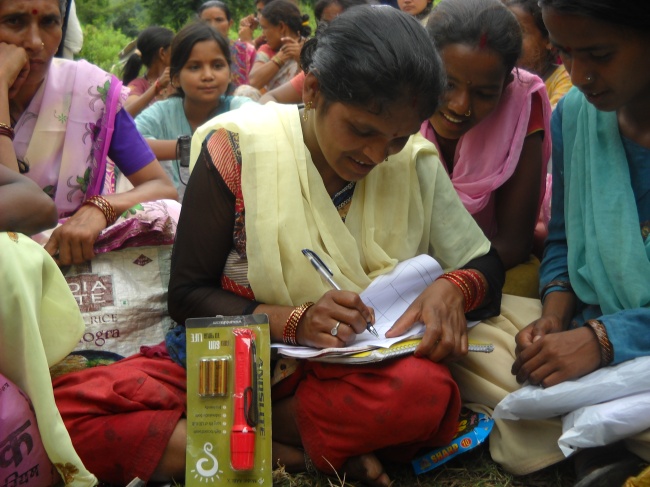 Once immediate relief has been supplied Chirag will look to set up a Rehabilitation Program in Ghattabgar and Nayabast by collaborating with the residents of the villages to identify ways in which they can rebuild their lives. These programs could include sustainable livelihood options (agriculture, animal husbandry etc), community health programme, management of natural resources etc.

In the remark section for the transaction, please write “For Disaster Relief Work” to ensure that your donation is utilized for the purpose it is intended. Donations will be used exclusively for the purpose of buying relief material.

One thought on “UTTARAKHAND DISASTER: AN APPEAL FOR HELP”

I am an undergraduate at the University of Pennsylvania Wharton School of Business. This summer I am traveling to the northern region of India where I will be working for CHIRAG - The Central Himalayan Rural Action Group for 10 weeks. I will be working with micro finance and supply chain management of the fruit cooperatives in the region. I am looking forward to an exciting and cultural experience this summer! My journey in India starts on May 17th when I arrive in New Delhi.