I’ve been in Kolkata for the summer laying the foundation for my dissertation research. I am collaborating with Durbar Mahila Samanwaya Committee (Durbar, website – http://durbar.org) to explore mother-child sexual health communication in the sex worker community. I had the privilege of working with them last summer as well and am excited to continue to work with them this summer. This summer, however, apart from my research, I’ve had the opportunity to help Durbar with the International AIDS Conference (IAC) Hub. The IAC is the largest HIV/AIDS conference in the world and is held every 2 years. Until recently, the United States barred people with HIV from entering the country and since the bar has been lifted the conference was held in Washington DC. However the United State’s still holds extremely discriminatory policies. Due to the United States’ immigration policies, sex workers are banned from obtaining a travel visa to the United States. As a result, Durbar, in conjunction with the Global Network of Sex Work Projects (NSWP) and the All India Network of Sex Workers (AINSW), held the first ever Global Hub of the International AIDS conference.

The IAC Hub, dubbed Sex Workers’ Freedom Festival (SWFF), started on July 21st and concluded on July 27th and ran parallel to the IAC in Washington DC. Sex workers from 43 countries gathered in Kolkata to fight for their rights as workers and oppose the United States’ decision on banning travel visas to sex workers. In addition to the conference workshops, presentations, and networking events, there was daily satellite communication between the two conferences. SWFF served as an extremely useful platform for the sex worker community to discuss their rights, discuss issues in their respective countries, and exchange ideas.

Decriminalization of sex work, police brutality and the need for more sex worker led anti-trafficking campaigns were some of the main topics discussed. Criminalization of sex work is still a large-scale problem in most of the world and is related to high rates of police brutality and can ultimately lead to high rates of HIV transmission. Specifically, Dr. Smarajit Jana, Conference Chair, said “What the sex workers have done over the last decade to bring down the HIV epidemic by over 50% cannot be sustained unless sex work is decriminalized and the Positive Sex Workers are given the full range of services from STI treatment to ART medication without any discrimination.” Police brutality goes hand and hand with the criminalization of sex work. Most sex workers said that they have faced police brutality. Tactics on how to collaborate with the police were discussed. A sex worker from the Netherlands exclaimed, “Ideally speaking we should seek the protection of the law like all other citizens but instead we are scared of seeking protection given the attitude of the police towards us”. The third main topic of discussion was the need for more sex worker led anti-trafficking programs. Self-regulatory boards (SRB), boards that are comprised of sex workers and community stakeholders, operate as watchdogs in the community to tackle trafficking of girls who are underage (under 18) and women who have been unwillingly brought into the red-light district. A sex worker from Malaysia stated “sex workers are marginalized and the existing policies and practices are against the sex workers…SRB should be replicated in other marginalized communities because it includes the community members itself.”

While my role was minimal at SWFF, it was a great learning experience and one that I will never forget. With respect to my work, I had the opportunity to discuss mother-child sexual health communication with many sex workers from around the world. Overall, I am happy that I was able to attend the conference and look forward to attending many more. 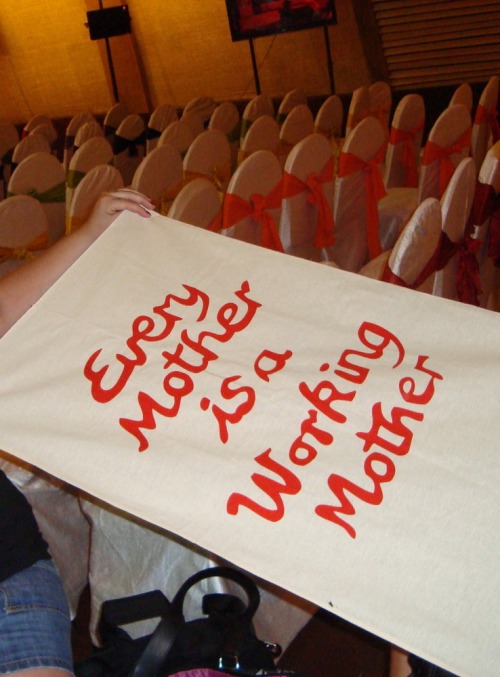 The Decline of Gujarati? (Part II)