This past weekend was my last chance to travel around India, and I finally made it to Jaipur! Jaipur is the famed “Pink City” of India. It is the capital of Rajasthan and is famous for its fabrics and jewelry.

Dora, Sweta, Maya, Sophia (all friends from Princeton) and I left at 7 Saturday morning for our bus out of Delhi.I tried to sleep most of the way there, but our bus driver was so horn happy. He would lay on it for no reason at all. Really, there would be clear road ahead of us and he’d still honk the horn at least once every two minutes. I was close to going on a homicidal rampage and then quietly driving the bus myself. After 6.5 hours of not sleeping due to the horn our first stop was our hotel, Arya Niwas, which was super nice. We had lunch there, the hotel restaurant became our go-to sport for food, then headed off to City Palace. While walking around the palace, especially in the museum areas we mused on what it would have been like to live there. Ah the life of royalty, I then considered making a master plan to marry a prince.

After the City palace we visited the Hawal Mahal and the Jal Mahal, or in english the Wind and Water palaces. For a second I though I had been transported to the world of Avatar and I had started searching for Aang, too bad the Earth kingdom and Fire nation were not represented, that would have made my life complete. After our visits with the Air Nomads and the Water tribes we headed to the highly acclaimed Jaipur bazaars and spent way too many rupees. We were quite impressed while discussing prices in 3 different languages that the shopkeeper could answer us in all three (French, Spanish, Mandarin) as well as Portuguese, Korean and German. We bought extra scarves because we were so impressed with him. After spending all of our extra cash on clothes, shoes and scarves, we had dinner at our hotel and passed out in bed. On Sunday we got up really early, had breakfast at the hotel and made our way to the Amber Fort.

I got to fulfill a childhood dream at the Amber Fort. I finally got to see a real elephant, and not only that I got to ride it! I was as giddy and excited as a 6 year old at the circus. It might have been the highlight of my trip to India! The Amber fort was also really impressive. It has been incredibly well preserved. You can climb up all the towers and explore dark passages. We sat on the edge of a hot tub in the Turkish baths, and took in breathtaking views of the hills from the tops of the towers. The Taj Mahal may be India’s most famous monument, but the Amber Fort was by far my favorite. The garden was still in full bloom, and the walls were still covered in beautiful inlaid stones and paintings.

After the amber fort we trekked up to the Monkey temple. The entire path was lined with families of monkeys, and they were a little scary. The males are territorial and aggressive and the females are very protective of the children. I got great pictures from the top of the Jaipur cityscape though, so the risk of rabies was worth it.

After surviving the monkeys we had a very leisurely lunch at the hotel, and sat out on the veranda reading books and relaxing for a few hours before our bus. It was nice; we all felt like we were truly on vacation. At 6 we boarded our bus back to Delhi, which was thankfully a much quieter and more peaceful ride than the first, but it took us almost 8 hours to get home due to the traffic.

Overall it was probably the best trip I’ve taken in India. I was with a wonderful group, and we had a really enjoyable relaxing time. I can’t believe my time here is almost up. It’s unbelievable, but more about that later.

By the way check out my flickr for all my Jaipur and other pictures of India! 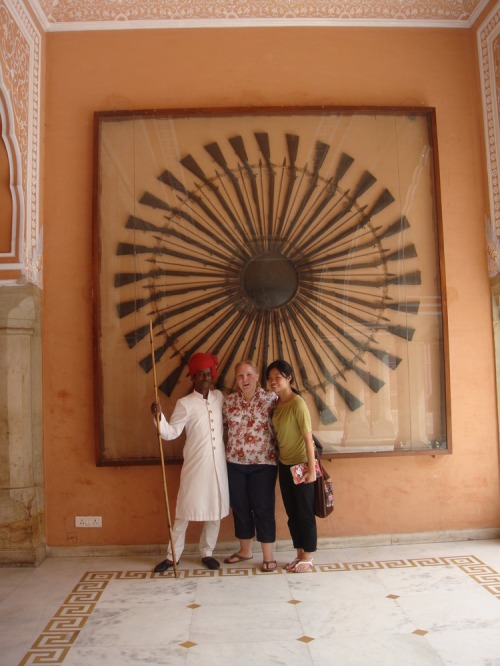 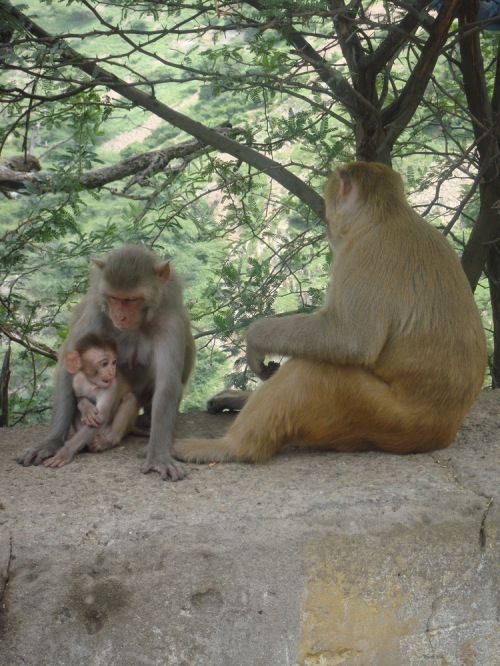 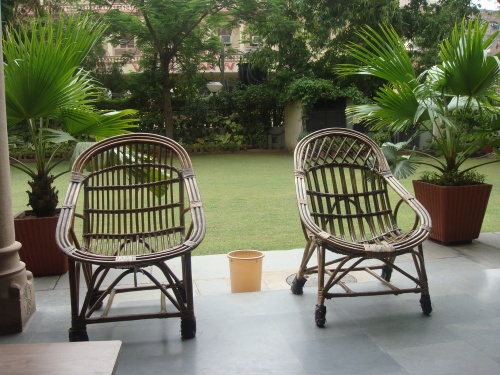 One thought on “Jaipur!”

Wharton Class of 2013 with concentrations in Business and Public Policy and Operations and Information Management. I was a 2011 CASI Intern at Chintan in New Delhi. Now I am an Economic Consultant at Berkeley Research Group in Washington, DC.

Putting on my traveller pants